Today, I want to present the haplogroup J1 tree with STR67 data. Most of the tested individuals are from the Arabian peninsula, from a narrow cluster, and have the haplogroup J1b2b1 (aka J1c3d2) L222.2+, which could be seen in my previous J1 tree. I excluded those L222.2+ individuals from the new tree, and Roberto Raciti helped me collecting all J1 L222.2- individuals (L222.2- status confirmed or predicted) with STR67 data (N=1039).
I should note that STR trees do not necessarily branch along the SNPs, and this is even more true for trees based on "only" 67 STR values.

In this tree we have 3 individuals with Zaza/Kurdish ancestry, two from the Northern part and one from the Central part. In the tree I highlighted them in red.
E11334 (Suleyman Efendi 19th century Askale Erzurum, Turkey)
N91920 (Kurdish Serzer, 1805 - 1846, Turkey)
N88767 (Sulaymania, Iraq (Kurdistan) of sharif descent)

Pdf files are also available in the data sink.

Due to the large size of the tree I split the tree image into pieces (see below).

N91920
N91920 is not part of the J1c3* Jewish Cluster A but is present at the root of this Jewish Cluster.
The characteristic SNP of this Ashkenazi Jewish cluster is L817. Similar to the R1a1a Ashkenazi-Levite cluster, we have now a J1 Ashkenazi cluster that shows similarities to the STR data of a Kurdish individual. It would be interesting to see if N91920 is L817+.
Two samples from Germany are located at the root of this large and "oldest" Ashkenazi Jewish cluster as well:
21075 (Jacob Graber) and 187564 (Louis Graber). 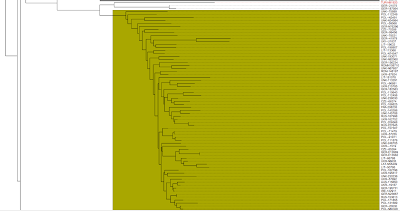 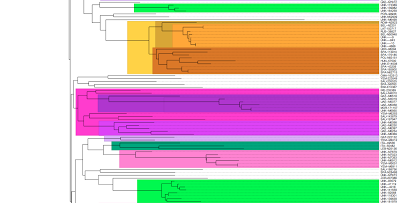 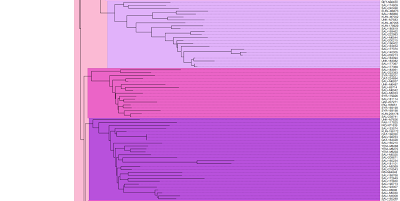